Get fresh music recommendations delivered to your inbox every Friday.
We've updated our Terms of Use. You can review the changes here.

by The Lost Trades 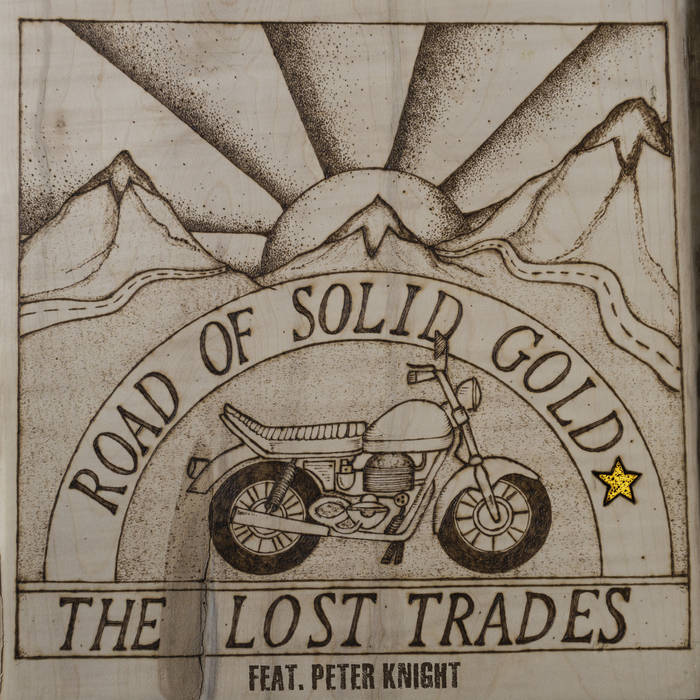 Following hot on the heels of their previous single, Wiltshire harmony collective The Lost Trades have enlisted the support of former Steeleye Span violinist Peter Knight for their new single “Road of Solid Gold”, released on 7th May 2021.

Band member Phil Cooper met Peter while working as stage manager at the Village
Pump Folk Festival when Steeleye Span performed in 2013. Peter returned to the festival with his new group, Gigspanner in subsequent years and the two have stayed in touch since.

During the recording sessions for the song, it became apparent that the song would benefit from some violin based magic, so Phil reached out to Peter and was thrilled when he agreed to add the extra spark the band wanted.

The single is the second song to be released from their upcoming album “The Bird, The Book & The Barrel”

The Lost Trades are a trio of Wiltshire based singer songwriters (Jamie R Hawkins, Phil Cooper and Tamsin Quin) who, brought together by a mutual love of folk and roots music, have joined forces for a three part harmony, modern folk adventure.